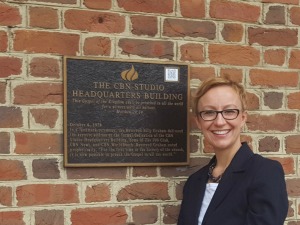 The first weekend of October, as Hurricane Matthew made its way along the East Coast, my friend Hannah, Sofia, and I headed to Virginia Beach. Timing and direction appeared to be wrong, but we already had hotel reservations and meetings scheduled to visit CBN’s head office. Visiting CBN had been on my bucket list for over a year!

Though the weekend was rainy and humid, our visit was full of excitement. The first morning we attended a taping of the 700 Club, which was my first experience witnessing news being recorded. Bright lights, sets, cameras, scripts, directors, action, make up, wires—it was all there. Sofia and I even got to role-play how to host a show. It was a memorable experience for both of us. 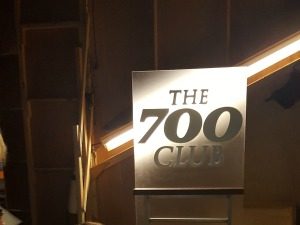 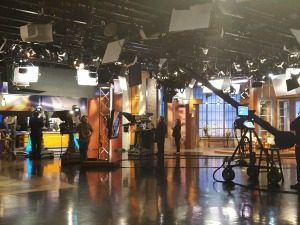 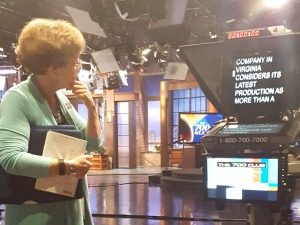 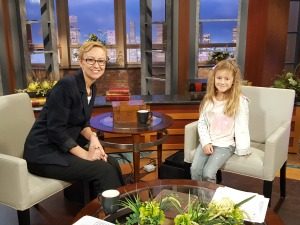 After the 700 Club taping, we had the pleasure of meeting George Thomas, CBN’s Senior Reporter. Last year, when Georgia hosted the 10th World Congress of Families conference in Tbilisi, Thomas was invited to cover it, and while there, produced a beautiful series of three videos capturing the heart of Georgia. All three videos can be viewed at http://www1.cbn.com/cbnnews/2016/may/western-invasion-inside-georgias-battle-against-the-gay-agenda, and I highly recommend that you do so.

George Thomas gave us a grand tour of the behind the scenes workings—rooms filled with more equipment than people—and we also saw Superbook being aired in one of the Arabic countries. It was overwhelming. However, Thomas is quite a jovial man, bubbly and outgoing, and we enjoyed sharing great memories of Georgian hospitality, food, wine, and people. I hope he will have an opportunity to visit Georgia again. 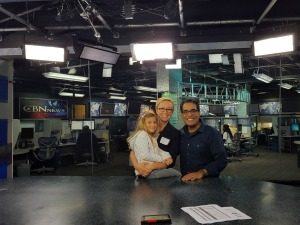 Finally, we met with the CBN contacts I have been working with for a year-and-a-half, the two directors who head CBN’s international efforts to translate and dub Superbook into foreign languages. Superbook dubbing into Georgian had been put on hold for almost a year as our finances were redirected into building a studio, but now that funding had become available once again, it was time to revive the negotiations. I thought it would be best to do this in person, and was very nervous as I prepared for the meeting, I did not know what or how to pray. The only thing I could think of was to ask God to surprise us, and that He did! More to follow in the next post… 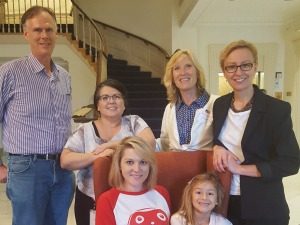 Superbook for Moldova and Romania!

I don’t have Enough Faith to be an Atheist