SAVE Georgia is a Christian non-profit organization based in the United States.   We have been called to the daunting task of supporting local Christian ministries in the country of Georgia, as well as funding the translation of foreign Christian materials into the Georgian language. Humbled by our weaknesses, yet not discouraged by them, we place our faith in the following acronym:

S hield of Faith to overcome all difficulties and obstacles
A nd
V eiled in prayer, we ask our Heavenly Father to transform lives through
E vangelism in the country of
GEORGIA 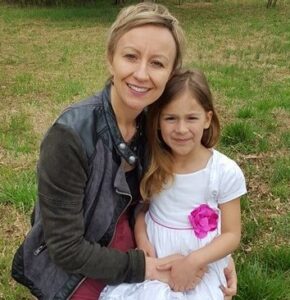 “A Farmer went out to sow his seed. As he was scattering the seed…” Luke 8:5
…One of the seeds fell into the soil of Georgia.

Back in late 2012, burned out by a fast paced corporate career and a two-year-old daughter I barely spent time with, I asked my husband if we could put life on hold and move to his homeland, the Country of Georgia. He was quick to agree, and in the spring of 2013, we moved to the capital city of Tbilisi.  Here I was able to fully enjoy the experience of being a stay at home mom, and bond with my daughter, Sofia, as I watched her grow.  My only disappointment was not being able to find some form of volunteer work to engage in, due to my inability to speak the Georgian language.

Being wary of the culture, I intentionally stayed within the international community, restricting my interaction with locals to the playgrounds where I took Sofia to play with other children. Little did I know that these playgrounds were the very place where the Lord had been scattering seeds.

When we moved back to the United States in August of 2014, I was surprised to discover that my heart and mind had never left Georgia. I may have returned physically, but in my mind I was still wandering through the streets and parks of Tbilisi, or over the beautiful mountains and countryside. These feelings frightened and confused me, and I prayed for God to take them away.  He didn’t. Not until one sunny April day in 2015, when looking for a way to keep Sofia out of trouble while I attended to other things, I allowed her to watch the Russian version of Superbook on YouTube. It would help her practice her mother tongue, I rationalized.

The moment I justified my decision, I was flooded by emotion and excitement, as the idea of translating Superbook into Georgian flashed through my mind.  This series of Bible-based animated adventures, featuring two time-traveling children and their robot friend,  was created by the Christian Broadcasting Network (CBN) as an outreach tool. I remembered how much I had learned about life in Georgia, just sitting on park benches day after day for the almost year-and-a half I lived in Tbilisi, watching and listening to the children play. Many of them lived in poverty, came from broken homes, and had no hope for a better future.  I felt powerless as I witnessed their pain.  What a life-changing gift it would be for a child to be able to hear stories about their Heavenly Father and His love for them in their own language. I now understood the reason my heart and mind had never left Georgia.  God may not have answered my prayers the way I had begged Him to, but His answer was infinitely better, and filled me to overflowing with joy.

With great passion, I reached out to CBN with my idea, and to my delighted surprise, their corporate office got back to me a few days later. They were interested in my plan, and after a few months of ironing out the details, I received the rights to dub the first episode of Superbook into Georgian. This will be the first Christian cartoon series ever produced in the Georgian language.

So here I was, project in hand and an ocean apart, not knowing where to start. I had no background in translation, animation, or dubbing, let alone the Georgian language, and no local Christian contacts to partner with either. Overwhelming? YES! But knowing this had all been part of God’s plan, I also felt confident that He would provide the answers to steps two and three, and any other steps beyond.  Stripped of my natural talents, and placed way outside my comfort zone, I began to learn that with  faith and persistent prayer, all things are possible through Christ.

“Call to Me and I will answer you, and I will tell you great and mighty things, which you do not know” Jeremiah 33:3

Finding a dubbing studio in Georgia was not difficult. By mid-May I was in touch with one, and they were ready to start work. By reaching out to the international community in Tbilisi, I also received some recommendations for translators, which gave me several options. However, our contract with CBN required that we also have a local pastor to partner with on the project who could review the translated text for Biblical accuracy, and this is where we hit a roadblock.

I spent two prayerful months searching for a pastor, and asking God to bless the endeavor. Every day I spent hours researching and seeking out options. I emailed the international church that I had attended in Tbilisi; spent long hours online searching for churches in the US that partnered with Georgia; reached out to the Billy Graham Evangelistic Association, as they had held a Festival of Hope in Tbilisi in 2014; used Facebook to check out every translator and Georgian name mentioned in Billy Graham articles written about Georgia; emailed and called pastors in Moscow asking for pastor contacts in Tbilisi; and even wrote to a few Christian Orthodox leaders and people with Georgian names who appeared in religious articles I found about Georgia. Yet despite my efforts and prayers, I kept drawing a blank. Discouraged? Yes! Why? Mainly because  searching for a Georgian pastor had turned out to be no less discouraging a task than searching for a needle in a haystack.

After this two month period of fruitless searching, the Lord brought a Christian Georgian website to my attention—Jesus.Ge.  Everything on it was written in Georgian. Looking through the various tabs, I found a contact page, but was at a loss as to how to explain why I was looking for a Christian organization. Though I didn’t expect to receive a reply, I sent them a simple email: “I am looking to get in touch with a Christian organization in Tbilisi. Please share your phone#. Thank you, and may the Lord bless you. Natalya.”

Soon after, on June 9th, 2015, someone from Jesus.Ge responded, and a few days later, we had a Skype call.   Fortunately, George, the Jesus.Ge contact,  spoke Russian, and we were able to carry on a pleasant conversation. George introduced himself as a member of a local Baptist church in Tbilisi, and told me about the Jesus.Ge ministry.  It was a surreal experience, and I cried as I felt the weight of despair being lifted.

Praise the Lord, for He is faithful to answer us when we call to Him.  Just two months after our Skype call, I was on my way to Tbilisi to meet with the folks at Jesus.Ge. To say I was excited about finally seeing the Superbook project take off, would be an understatement.

One thing I wanted to do on my visit to Tbilisi, was to find out more about Georgian ministries and churches, in an attempt to understand why it had been so difficult for me to find a partnering pastor to work with.  What I discovered was that the small Georgian Evangelical community has persevered despite persecution. They had been the object of extreme discrimination, harassment and intimidation by both government and society.  Non-Orthodox church buildings were seized, restricting congregations to home Bible-study groups; their religious literature was burned; and individuals were fired from their jobs or even deported.  Thankfully, in recent years, there have been some favorable changes in the political climate. Religious minorities have been given more freedom, and new opportunities for ministry work have opened up.

Given the history of  Georgia’s Evangelical church, and the persecution they underwent, I don’t think our task will be an easy one, but equipped with the shield of faith and with courage, I believe much can be overcome.  As we reach out and minister to the country of Georgia, we do not intend to highlight our denominational differences.  Rather, we wish to unite on our identity in Christ, and the sharing of the good news of the gospel of salvation.

As my love for the country of Georgia continues to deepen, my thoughts are always with them, and as I witness the hand of God at work,  Georgia has become my place of joy and fulfillment. You can click on our Ongoing Ministry Work link to see how and where the Lord leads us next. You can also click here for more information about the country of Georgia, and for a quick virtual tour.