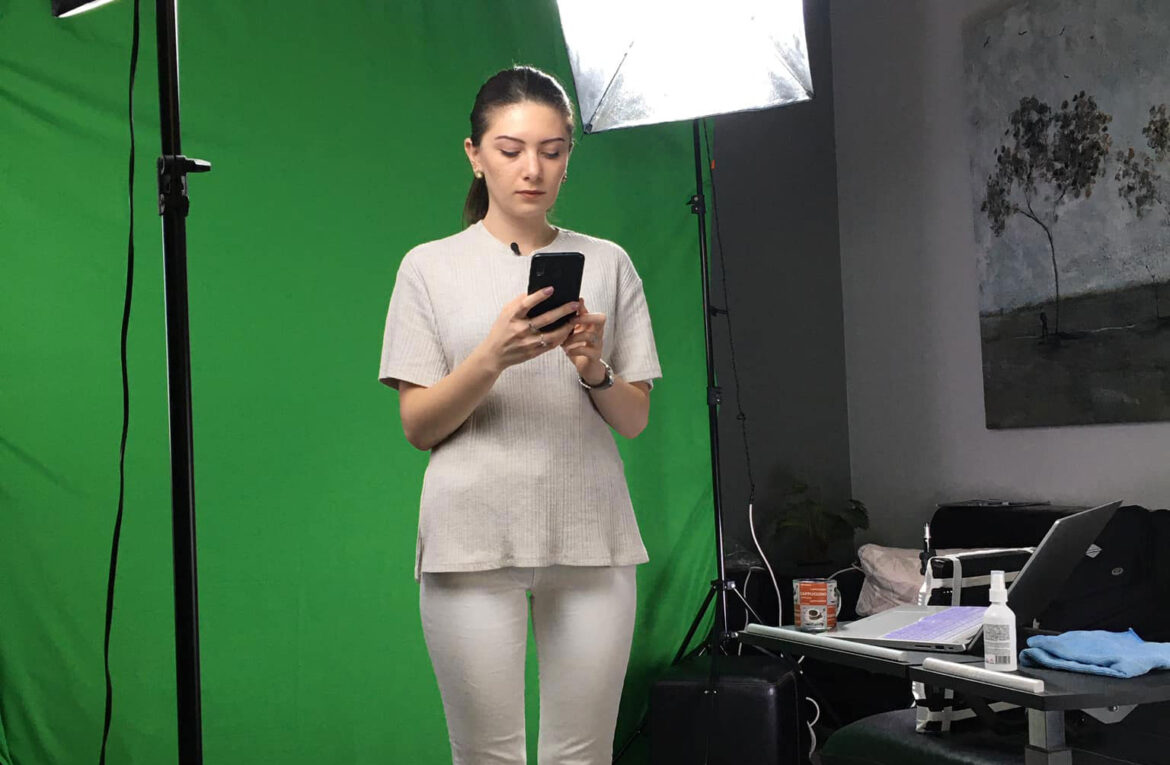 On the 23rd of September Musical Background’s creative team gathered to plan the 11th show. After the long discussion team members decided, that this show would unite the songs with one and the same topic. As long as, it is a hard situation in Georgia and everyone needs consolation, team members decided to choose 4 songs that would sing and speak about hope.

Creative team members worked hard to find and choose worship songs around this topic. Our main goal was and is to share God’s word and give hope to people. The songs that were chosen are:

Crowder – All My Hope

After the choosing process, we worked hard to translate all the materials, that were available about these songs, into Georgian. As soon as the text was ready, we planned to shoot the show on the 14th of October. The shooting process was done in Christian Channel’s studio, after-hours. The show was shot on the green screen. It took so long because the host does not have a studio teleprompter, so she had to study most of the pages by heart. Finally, by the grace of God, we have shot the show successfully.

The 11th show of Musical Background is ready and it’ll be uploaded to our website very soon.