Georgia is a small Eastern European country with a population of 4.5 million. Strategically located at the crossroads of Europe and Asia, it is bounded to the west by the Black Sea, to the south by Turkey and Armenia, to the east by Azerbaijan, and to the north by Russia.

Signs of habitation in the territory now known as Georgia were first observed some 1.8 million years ago.  This is the earliest evidence of humanity anywhere in the world outside Africa.  Archaeological excavations of the 1970’s unearthed a number of ancient settlements that included galleried houses dating back to the 5th millennium BC, and written history of 12th century BC contains references to a tribal union of early Georgians.  The Ancient Greeks referred to Georgia as Kingdom of Colchis, and Greek mythology includes a legend about Jason and the Argonauts, who travelled to Colchis in search of the Golden Fleece.

Georgians are a proud people with an ancient culture that does not fit into any of the main categories of Europe or Asia. Throughout the ages, they have been depicted as warriors, as well as men and women given to hospitality, love of life, lively intelligence, and a sense of humor.  Woven into their history are many accounts of survival following invasion by the Assyrian, Turkish, Persian, Roman, and Byzantine Empires. Though the capital city of Tbilisi has been destroyed and rebuilt 29 times, the spirit of Georgia has prevailed, and today Tbilisi welcomes visitors with its ever-present tourism slogan: “Tbilisi: the city that loves you.”    And love you, it truly does!

Georgian, the official language of Georgia, is a unique language unlike any other language spoken outside the region. It belongs to its own linguistic group, and has a 33-letter alphabet, which scholars believe was developed for the purpose of translating the Bible and other Christian literature into Georgian during the 5th century. 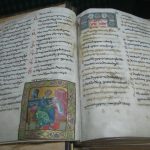 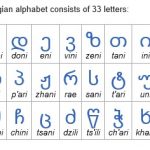 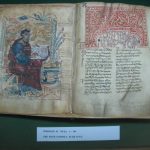 Georgia has traditionally been viewed as an agricultural land, famous for its wines. Nearly half the population lives in rural areas, where farming is their principal source of income.

Following Georgia’s independence from the Soviet Union in 1991, the country suffered instability, civil unrest, and economic crises, which lasted until the Rose Revolution of 2003.  The new government introduced a series of democratic and economic reforms that led to the promise of economic recovery. However, unemployment continued to be a persistent problem, and the downward trend in agrarian production was accompanied by a growing incidence of rural poverty as well.

During the early years of the 21st century, positive developments began to take place as the main economic focus shifted from agriculture to tourism. Tourism has since become one of the fastest growing sectors of the country’s economy.  This coupled with Georgia’s development into an international transport corridor, bodes well for a bright economic future. 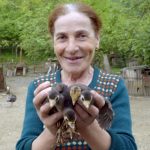 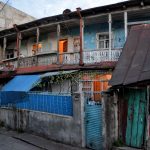 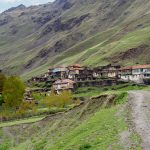 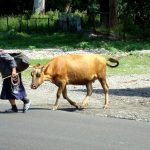 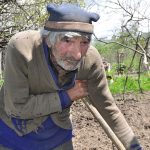 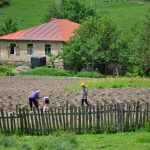 Georgia embraced Christianity in the early 4th century AD, and was one of the first countries to adopt Christianity as its official state religion.  This conversion has been credited to St. Nino of Cappadocia, a woman evangelist who legend claims was visited by the Virgin Mary and instructed to “Go to Iberia (present day Georgia) and tell there the good tidings of the gospel of Jesus Christ and you will find favor before the Lord; and I will be for you a shield against all visible and invisible enemies. By the strength of this cross, you will erect in that land the saving banner of faith in my beloved Son and Lord.”  When Nino awoke, she found a grapevine cross in her hand, which she secured by entwining it with her own hair.  Saint Nino’s cross later became a major symbol of the Georgian Orthodox Church.

In Georgia, religiosity is closely related to national self-identity. Over 84% of the population belongs to the Orthodox Church, and their patriarch is the most respected public figure.  This unofficial, but ingrained idea in the majority’s mindset that Georgians should be orthodox, gives rise to tension in their relationships with people of other faiths.   The Georgian government respects the country’s large Orthodox Christian majority, giving it many privileges such as funding and access to state education and social welfare programs, while minority groups, including Evangelical Christians, experience extreme discrimination, harassment and intimidation by officials and society alike. As a young emerging democracy, Georgia struggles with religious diversity and harmony. 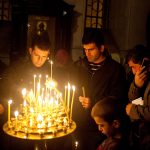 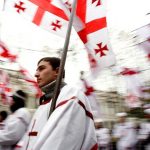 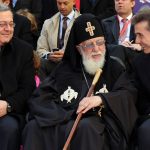 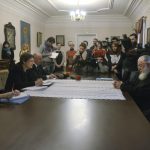 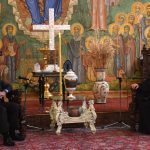 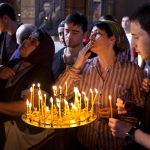 Georgian cuisine is the result of a rich interplay of culinary ideas carried along trade routes by merchants and travelers alike. The importance of both food and drink to Georgian culture can best be observed during a feast called Supra, which lasts often for hours.  Tables groan under a huge assortment of dishes, while large amounts of wine are consumed as a toastmaster leads frequent and varied toasts.

Each historical province of Georgia has a distinct culinary tradition of its own, and so there are variations such as Megrelian, Kakhetian, and Imeretian cuisines.  Some typical dishes include khinkhali, dumplings filled with meat, potatoes or mushrooms; kachapuri, bread stuffed with thick yellow cheese; mtsvadi, grilled skewered meat; and kababi, seasoned meat wrapped in a thin flat bread. Warm spiced beans are also a national staple, along with fruit and nut jellies, spreads, and candies. A meal for four, including drinks, typically costs about US$15. 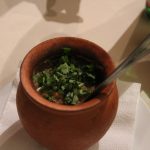 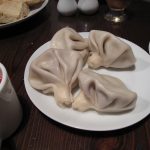 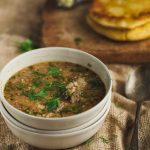 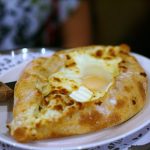 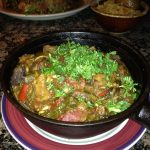